Handsome Englishman Rhys lives in London but grew up in a beautiful part of the English countryside near the coast. With his symmetrical face and square jaw we think he would make a great hearthrob in a TV costume drama. Can't you just imagine him in gamekeeper's breeches and braces, alone in his wood cabin smoking on a pipe and polishing his rifle? We can now reveal that Rhys happens to have the most photogenic soft penis we've ever photographed; one that would look particularly good in a natural nude movie scene.

Maybe it's the rural upbringing that gives Rhys his laid back easygoing demeanour. His friends say that he's a good team player who fits in quickly but he's equally as comfortable letting go of new people he meets who don't deserve his time and attention. Likewise in his romantic life he has no problem with brief encounters, preferring his women to be independent and strong. Therefore it's no surprise to learn that marriage and settling down are not the greatest goals in this man's life.

Rhys used to play hockey for his county and still works out his body rigorously at the gym. Always a country man at heart he likes his wine red and his meat rare and treats the pursuit of women like a ruthless sport. One of his most recent conquests saw him seduce a forty-year-old single mum in her holiday caravan only to move on to her beautiful teenaged daughter the following morning!

Rhys's stepmother is a born-again Christian and the strict household she ran meant that girls could never be brought back to the house; the television was always monitored for 'inappropriate' viewing material and even swearing was not tolerated in the family home. You can only imagine what happened when she caught her stepson in the summerhouse at the bottom of the garden one morning cuddled up to his one night stand. We asked Rhys what this Bible-bashing lady would have to say about him posing naked for the The Full English. "I'm actually waiting for the right moment to tell her, when she's just gone a bit too far..." smiles Rhys. We'll buy tickets to that! 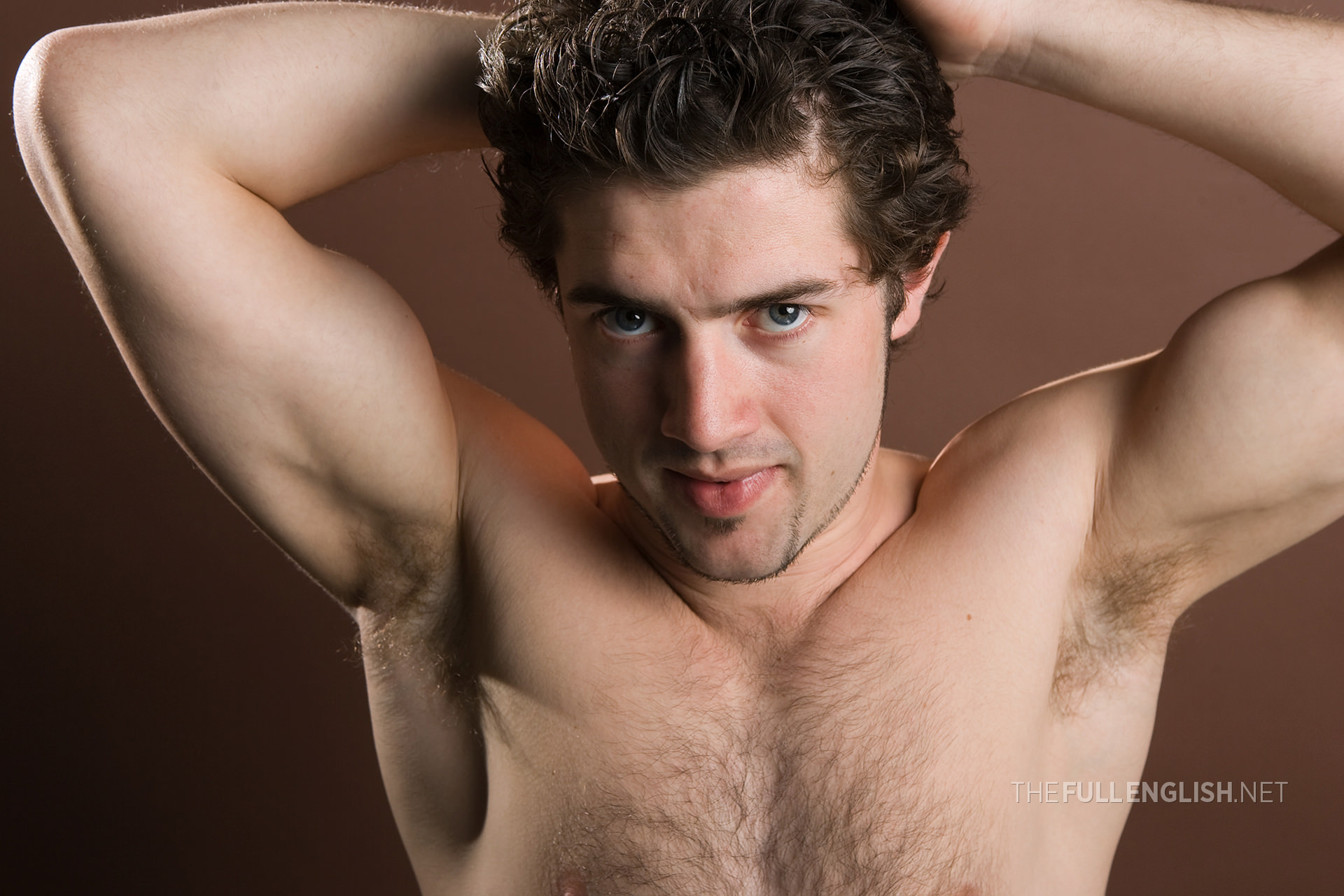 Photographs: back to a lovely studio session with Rhys who we keep asking to return...