Cameron works in the building industry, in fact it's his connection with Irish lads Andy and Paddy, that brought him to our attention a few years ago. We've subsequently been talking to him on-and-off about appearing on TFE ever since, but he's a decent guy and his long-term relationship has always held him back.

Cameron actually hails from Scotland and he's often referred to as Nessie by his mates (the Loch Ness monster?) due to what he's hiding in his pants. We say 'hiding' but his talents aren't really a secret at all since he's well known for his willy-waving in all the local pubs.

When we recently spoke to Cameron he revealed that he was now separated from his wife and ready for action. We knew we had to act fast, and within hours we were visiting him over at a friend's house where he's been kipping after leaving the marital home. In a sea of smoke and booze Cameron chats away with his two best mates and without a hint of self-consciousness (he says they have gangbanged a few girls together in their past) he gives us the full solo.

Cameron is a larger than life character – much like Andy Lee – and a great new addition to the website. We know you're going to love his joyful, bawdy, unbridled banter. 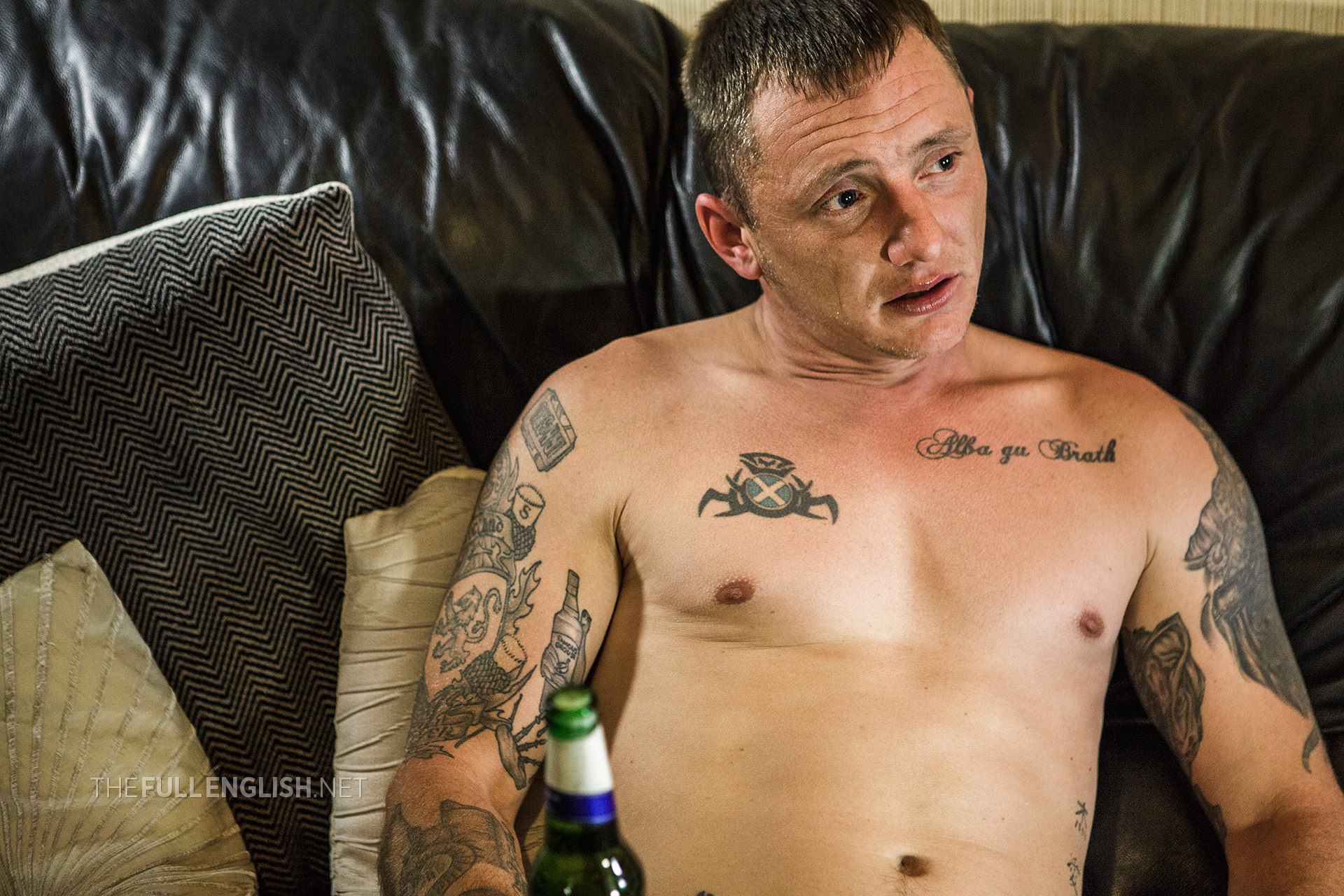 We finally meet Scottish builder Cameron, and his drinking buddies show up too.